Reflections on Erich Fromm By Dr Seyed Javad Miri has been published in London by London Academy of Iranian Studie Press in 2011. 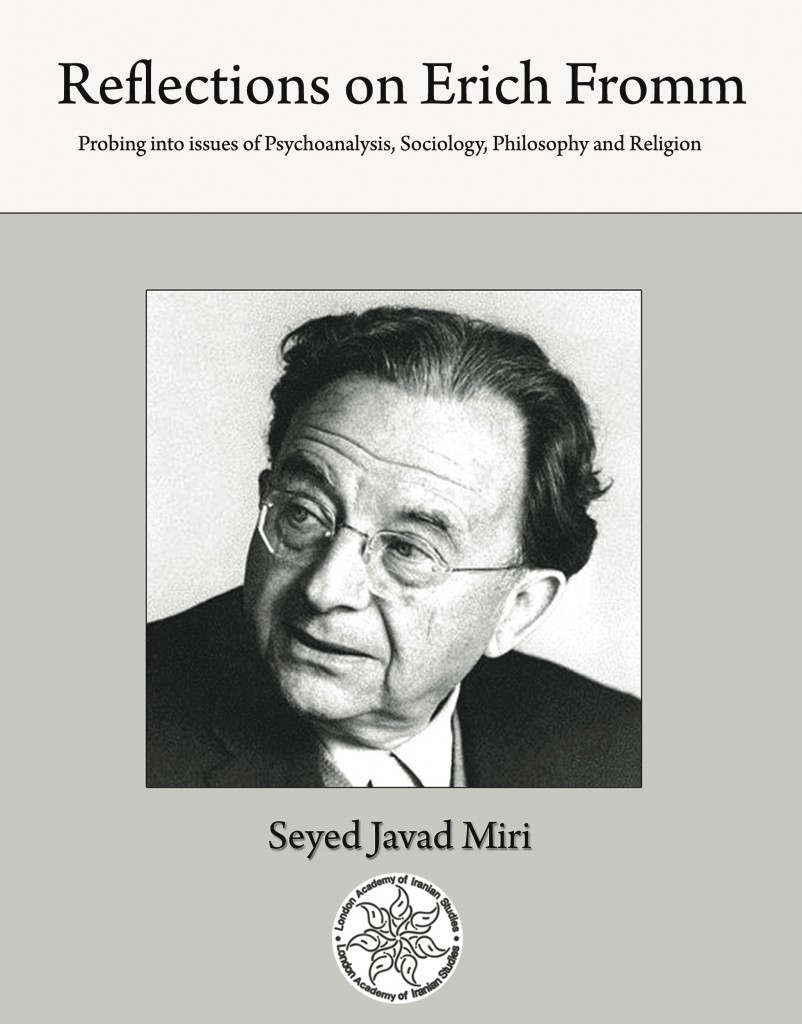 “It is just such a liberational, redemptive and humanistic perspective – dialectically derived from and thus, a radical critique
of the modern social system of injustice and negativity that penetrates into the psyche of humanity creating a “social character” that
is alienated, neurotic, authoritarian, egotistic, and necrophilic – that the life and work of Erich Fromm expressed in terms of his
dialectical, humanistic social psychology.  It is precisely this most important and extremely relevant work
that Dr. Miri’s Reflections on Erich Fromm seeks to reintroduce into the global discourse and struggle for a more
humane, reconciled and peaceful world; one that does not practice the lex Talionis – the never-ending law of
revenge and retaliation, but objectively implements the “law of reciprocity” be it in terms of the religiously
expressed “Golden Rule” that is contained in all world religions, or of its secular translation in terms
of the “categorical imperative” or of the United Nations  “Universal Declaration of Human  Rights.”
Michael R. Ott
Grand Valley State University
Allendale, Michigan